Public Spending in the 20th Century 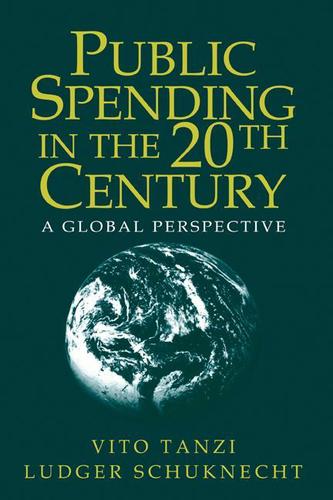 This book discusses the changing role of government finance in the twentieth century. It documents the enormous increase in government spending throughout the 1900s across all industrialized countries. However, the authors find that the growth of the welfare state over the past thirty-five years has not brought about much additional social and economic welfare. This suggests that public spending in industrialized countries could be much smaller than today without sacrificing important policy objectives. For this to happen, governments need to refocus their role on setting the 'rules of the game', and the study provides a blueprint for institutional and expenditure policy reform. After a detailed account of reform experiences in several countries and the public debate regarding government reform, the study closes with an outlook on the future role of the state, which is crucial in that globalization may require and people want much 'leaner' but not 'meaner' states.