The Character of Kinship 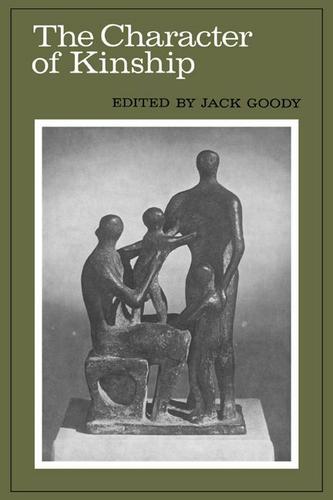 A collection of specially commissioned essays dealing with general aspects of kinship, family and marriage from an anthropological point of view, that is, considering the total range of human societies. In his editorial introduction, Jack Goody explains that his aim has been to provide 'essays dealing with general themes rather than ethnographic conundrums or descriptive minutiae' in the hope of achieving 're-consideration of some central problem areas including those examined by an earlier generation of anthropologists and still raised by scholars outside the discipline itself'. Individual essays cover problems such as the nature of kinship and the family; why monogamy?; intermarriage and the creation of castes. The contributors include R. G. Abrahams, J. A. Barnes, Fredrik Barth, Maurice Bloch, Derek Freeman, Jack Goody, Grace Harris, Jean La Fontaine, Edmund Leach, Julian Pitt-Rivers, Raymond T. Smith, Andrew Strathern and S. J. Tambiah.