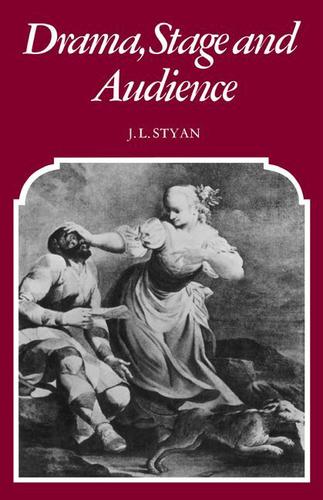 This book shows how a play 'works' in the theatre: how it generates life, meaning and excitement on the stage for the audience. It is self evident that a play must communicate or it is not a play at all. Professor Styan argues that, while communication in drama begins with the script, the value or power of a play must be tested upon an audience. In the theatre experience, it is not so much the elements of drama on the stage or the perceptions of the audience which are important, as the relationships between them. It follows that the study of drama is the study of how the stage compels its audience to be involved in its actual processes; it is a study of a particular social situation. Professor Styan discusses in detail the particular social situation, conditions of performance and physical playhouse in which a play thrives. There is a wealth of examples from all periods of Western drama. He especially deals with plays which make no pretence to 'realism', and much of the discussion turns upon the power and success of Shakespeare as a playwright. This book will appeal to students, actors and directors of drama, as well as the theatregoers. Professor Styan's insistence on criticism based on the theatrical experience will make this an important book for other drama critics.