Themes and Conventions of Elizabethan Tragedy 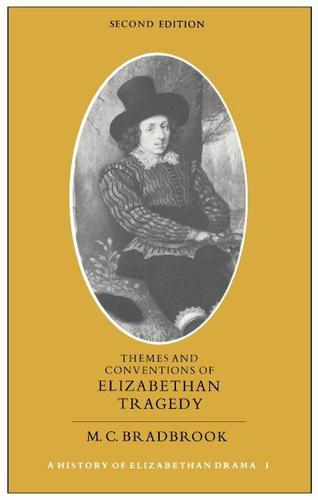 The first edition of this book formed the basis of the modern approach to Elizabethan poetic drama as a performing art, an approach pursued in subsequent volumes by Professor Bradbrook. Its influence has also extended to other fields; it has been studied by Grigori Kozintesev and Sergei Eisenstein for instance. Conventions of open stage, stylized plot and characters, and actors' traditions of presentation are related to the special expectations which a rhetorical training produced in the listeners. The general discussion of tragic conventions is followed by individual studies of how these were used by Marlowe, Tourneur, Webster and Middlewon. For this second edition Professor Bradbrook has revised her material and written a new introduction. A new final chapter on performace and characterization describes the conventions of role-playing. Dramatists before and after Shakespeare are compared with him in their methods of showing a complex identity on stage. This chapter also considers the work of Marston, Chapman and Ford in relation to the themes and conventions studied in earlier chapters, providing a link with the subsequent volumes in A History of Elizabethan Drama.