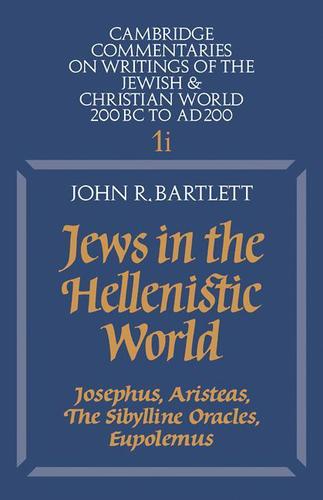 This book aims to introduce the work of Hellenistic Jewish writers of the period 200 BC to AD 200. Four in particular are studied. The authors of the Letter of Aristeas and the Sibylline Oracles came from second-century BC Egypt. Eupolemus wrote probably in Jerusalem at the same time. Josephus, a priest from Judaea, wrote in Rome in the late first century AD. Using Greek, not Hebrew or Aramaic, and conscious of the position of Jews in the Graeco-Roman world, they wished to demonstrate that their cultural and religious heritage stood comparison with the Graeco-Roman tradition and that Jews were neither so philosophically naive nor so politically troublesome as they were often supposed to be. An opening chapter describing the position of Jews in the Hellenistic world is followed by selected passages, all newly translated, with introductory essays and commentary. The collection makes available to students much material hitherto not easily accessible.