Hegel's Dialectic and its Criticism 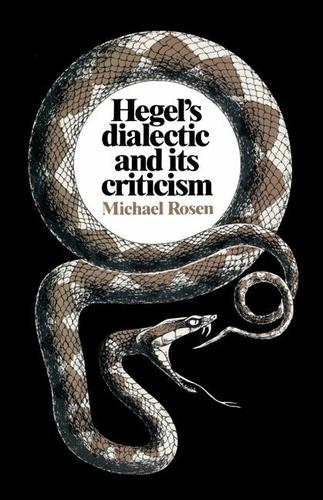 Hegel's philosophy has often been compared to a circle of circles: an ascending spiral to its admirers, but a vortex to its critics. The metaphor reflects Hegel's claim to offer a conception of philosophical reason so comprehensive as to include all others as partial forms of itself. It is a claim which faces the writer on Hegel with peculiar difficulties. Criticism, it would appear, can always be outflanked; criticism of the system can be turned back into criticism within the system. Michael Rosen discusses the philosophical issues involved in historical interpretation before presenting a novel and challenging solution to the problem of Hegel's openness to criticism. Contrary to received opinion, Hegel's philosophy does not, he argues, draw upon a universal and pre-suppositionless conception of rationality. Rather, Hegel's originality lies in founding his system upon a particular, avowedly mystical conception of philosophical experience. This experience - Hegel calls it 'pure Thought' - is fundamental. Pure Thought makes speculative reasoning intelligible and, hence, underpins the claim to rationality of the entire system. Dr Rosen's conclusion is that all attempts at rehabilitation of Hegel are based on misunderstanding. When restored to their speculative-mystical shell the irrational kernel of Hegel's concepts becomes apparent.