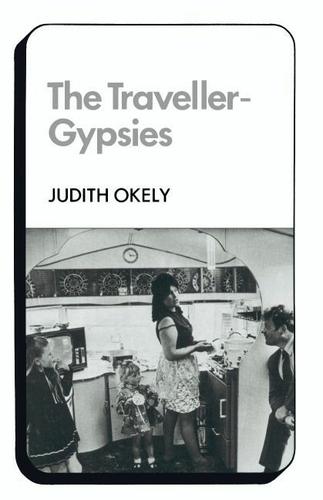 In this book Judith Okely challenges popular accounts of Gypsies which suggest that they were once isolated communities, enjoying an autonomous culture and economy now largely eroded by the processes of industrialisation and western capitalism. Dr Okely draws on her own extensive fieldwork and on contemporary documents. The Traveller-Gypsies is the first monograph to be published on Gypsies in Britain using the perspective of social anthropology. It examines the historical origins of the Gypsies, their economy, travelling patterns, self-ascription, kinship and political groupings, and their marriage choices, upbringing and gender divisions. A detailed analysis of pollution beliefs reveals an underlying system which expresses and reinforces the separation of Gypsies from non-Gypsies. Explanations for beliefs are sought in their contemporary meaning as opposed to their alleged Indian origin. None of these aspects are analysed independently of the wider society, its policies, beliefs, and practices. This book will be invaluable for teaching purposes, both as a study of a Gypsy community per se, and for its discussion of the problems involved in carrying out fieldwork within the anthropologist's own society. It will also interest the general reader and the academic specialist; social anthropologists, sociologists, historians, geographers, planners and all those concerned with minority groups.