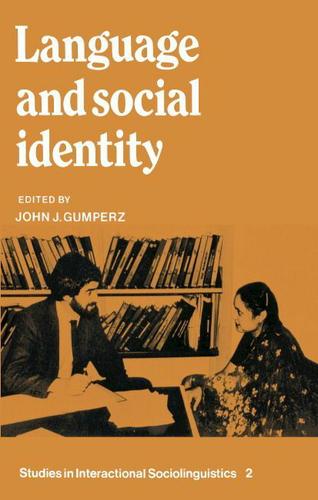 Throughout Western society there are now strong pressures for social and racial integration but, in spite of these, recent experience has shown that greater intergroup contact can actually reinforce social distinctions and ethnic stereotypes. The studies collected here examine, from a broad sociological perspective, the sorts of face-to-face verbal exchange that are characteristic of industrial societies, and the volume as a whole pointedly demonstrates the role played by communicative phenomena in establishing and reinforcing social identity. The method of analysis that has been adopted enables the authors to reveal and examine a centrally important but hitherto little discussed conversational mechanism: the subconscious processes of inference that result from situational factors, social presuppositions and discourse conventions. The theory of conversation and the method of analysis that inform the author's approach are discussed in the first two chapters, and the case studies themselves examine interviews, counselling sessions and similar formal exchanges involving contacts between a wide range of different speakers: South Asians, West Indians and native English speakers in Britain; English natives and Chinese in South-East Asia; Afro-Americans, Asians and native English speakers in the United States; and English and French speakers in Canada. The volume will be of importance to linguists, anthropologists, psychologists, and others with a professional interest in communication, and its findings will have far-reaching applications in industrial and community relations and in educational practice.