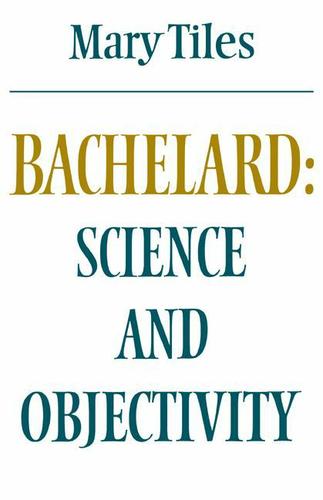 This is the first critically evaluative study of Gaston Bachelard's philosophy of science to be written in English. Bachelard's professional reputation was based on his philosophy of science, though that aspect of his thought has tended to be neglected by his English-speaking readers. Dr Tiles concentrates here on Bachelard's critique of scientific knowledge. Bachelard emphasised discontinuities in the history of science; in particular he stressed the ways of thinking about and investigating the world to be found in modern science. This, as the author shows, is paralleled by those debates among English-speaking philosophers about the rationality of science and the 'incommensurability' of different theories. To these problems Bachelard might be taken as offering an original solution: rather than see discontinuities as a threat to the objectivity of science, see them as products of the rational advancement of scientific knowledge. Dr Tiles sets out Bachelard's views and critically assesses them, reflecting also on the wider question of how one might assess potentially incommensurable positions in the philosophy of science as well as in science itself.