Essays in the Historiography of Philosophy 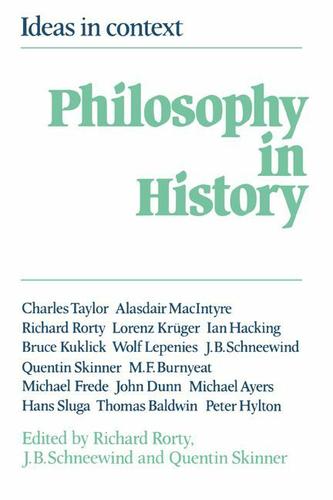 The sixteen essays in this volume confront the current debate about the relationship between philosophy and its history. On the one hand intellectual historians commonly accuse philosophers of writing bad - anachronistic - history of philosophy, and on the other, philosophers have accused intellectual historians of writing bad - antiquarian - history of philosophy. The essays here address this controversy and ask what purpose the history of philosophy should serve. Part I contains more purely theoretical and methodological discussion, of such questions as whether there are 'timeless' philosophical problems, whether the issues of one epoch are commensurable with those of another, and what style is appropriate to the historiography of the subject. The essays in Part II consider a number of case-histories. They present important revisionist scholarship and original contributions on topics drawn from ancient, early modern and more recent philosophy. All the essays have been specially commissioned, and the contributors include many of the leading figures in the field. The volume as a whole will be of vital interest to everyone concerned with the study of philosophy and of its history.