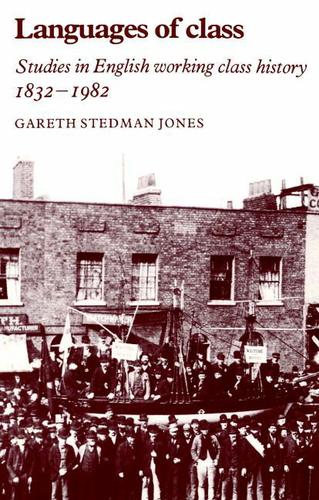 This collection of essays by Gareth Stedman Jones proposes a different way of seeing both historians' analytical conceptions of 'class', and the actual manifestation of class in the history of English politics and English culture since the 1830s. As the progenitor of the first generally acknowledged working-class movement, the English working class provided the initial empirical basis for not only the original Marxist theory of modern industry and proletarian revolution, but also subsequent historians' reactions against, or adaptations of, the Marxist theory of class. In Languages of Class Gareth Stedman Jones draws a distinction between two conceptions of class: the everyday and commonplace perception of its pervasiveness in England, and the Marxist idea of its revolutionary significance. He proceeds to challenge the predominant conceptions of the meaning and development of 'class consciousness' by stressing the political and discursive conditions in which particular languages appeared and receded. Among the themes of individual essays in the book are a rethinking of 'the making of the English working class' and the phenomenon of Chartism, a novel exploration of the formation and components of 'working-class culture', and, in the light of these, a new approach to understanding the history of the Labour Party.