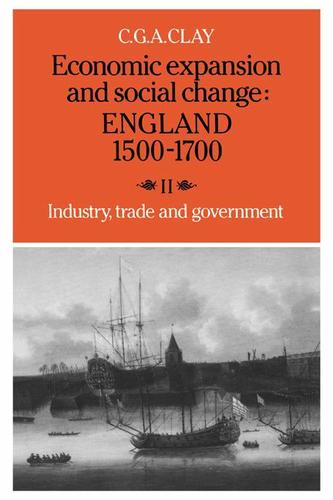 Historical understanding of the dynamics of economic and social change in the sixteenth and seventeenth centuries has been transformed in the last twenty or thirty years by an enormous volume of original research. A fascinating picture has emerged of an economy and society in turmoil under the influence of population growth, inflation, the commercialisation of agriculture, the growth of a huge capital city, the emergence of distinct forms of manufacturing, and changes in the international economic context. Traditional forms of production, traditional social structures, and traditional values, all came under increasingly insistent attack from the forces of change, leading to radical economic and social readjustments. In this book, Christopher Clay draws on this flourishing research to provide a lucidly written analysis of the economy and society of England in the sixteenth and seventeenth centuries, logically organised on a thematic rather than a chronological basis.