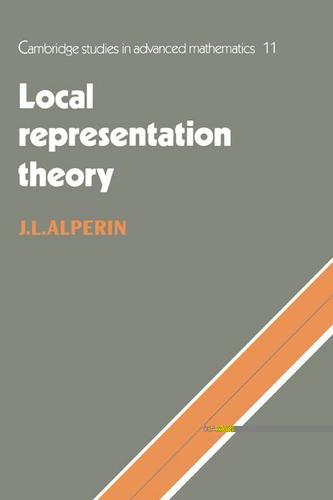 The aim of this text is to present some of the key results in the representation theory of finite groups. In order to keep the account reasonably elementary, so that it can be used for graduate-level courses, Professor Alperin has concentrated on local representation theory, emphasising module theory throughout. In this way many deep results can be obtained rather quickly. After two introductory chapters, the basic results of Green are proved, which in turn lead in due course to Brauer's First Main Theorem. A proof of the module form of Brauer's Second Main Theorem is then presented, followed by a discussion of Feit's work connecting maps and the Green correspondence. The work concludes with a treatment, new in part, of the Brauer-Dade theory. As a text, this book contains ample material for a one semester course. Exercises are provided at the end of most sections; the results of some are used later in the text. Representation theory is applied in number theory, combinatorics and in many areas of algebra. This book will serve as an excellent introduction to those interested in the subject itself or its applications.