New Essays on Light in August 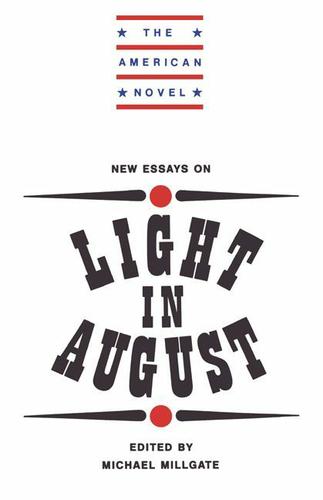 Light in August (1932) is one of William Faulkner's most important, most challenging, and most widely studied novels, demanding to be approached from many angles and with a variety of critical and scholarly skills. Here five distinguished critics offer just such a range of approaches, discussing the novel in terms of its composition and its place in Faulkner's oeuvre; its structure and narrative techniques; its relation to the religious, racial, and sexual assumptions of the society it depicts; its presentation of women and handling of gender-related issues; and the social and moral implications of the 'hero' status accorded to a figure like Joe Christmas. Each contributor has had a double ambition: to write clearly and directly, thus making the volume accessible to the widest possible audience, and to write freshly and originally, so as to enhance - even for those thoroughly familiar with the existing criticism - understanding and appreciation of Light in August itself and of Faulkner's work as a whole.