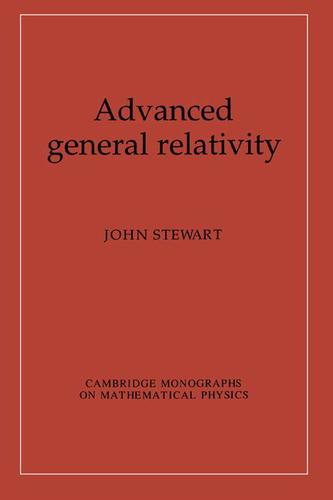 This is a modern self-contained introduction to key topics in advanced general relativity. The opening chapter reviews the subject, with strong emphasis on the geometric structures underlying the theory. The next chapter discusses 2-component spinor theory, its usefulness for describing zero-mass fields, its practical application via Newman-Penrose formalism, together with examples and applications. The subsequent chapter is an account of the asymptotic theory far from a strong gravitational source, describing the mathematical theory by which measurements of the far-field and gravitational radiation emanating from a source can be used to describe the source itself. The final chapter describes the natural characteristic initial value problem, first in general terms, and then with particular emphasis for relativity, concluding with its relation to Arnold's singularity theory. Exercises are included.