Studies in Language Contraction and Death 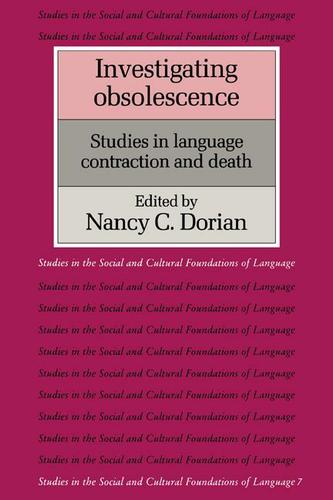 Languages die for political, economic and cultural reasons, and can disappear remarkably quickly. Between ten and fifty per cent of all languages currently spoken can be considered endangered, but it is only in the past ten years or so that due importance has been given to the study of contracting and dying languages. This volume represents the first attempt to give a broad overview of current research in a developing field, and to examine some of the crucial methodological and theoretical issues to which it has given rise. It includes twenty studies by scholars who, taken together, have worked on a range of languages currently under threat across the globe. They occur in diverse speech communities where the expanding languages are not only those that are very familiar - English, Spanish, or French, for example - but also Swedish, Arabic, Thai etc. The final part of the volume is devoted to a consideration of the implications of research into language obsolescence for other aspects of linguistics and anthropology - first and second language acquisition, historical linguistics, and the study of pidgins and creoles and of language and social process. As a whole, this collection will certainly stimulate further and better co-ordinated research into a topic of direct relevance to sociolinguistics and anthropological linguistics.