Kant and the Claims of Knowledge 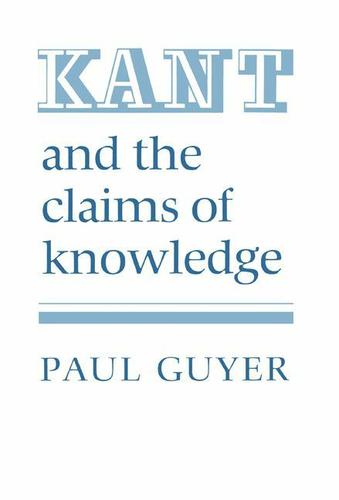 This book offers a radically new account of the development and structure of the central arguments of Kant's Critique of Pure Reason: the defense of the objective validity of such categories as substance, causation, and independent existence. Paul Guyer makes far more extensive use than any other commentator of historical materials from the years leading up to the publication of the Critique and surrounding its revision, and he shows that the work which has come down to us is the result of some striking and only partially resolved theoretical tensions. Kant had originally intended to demonstrate the validity of the categories by exploiting what he called 'analogies of appearance' between the structure of self-knowledge and our knowledge of objects. The idea of a separate 'transcendental deduction', independent from the analysis of the necessary conditions of empirical judgements, arose only shortly before publication of the Critique in 1781, and distorted much of Kant's original inspiration. Part of what led Kant to present this deduction separately was his invention of a new pattern of argument - very different from the 'transcendental arguments' attributed by recent interpreters to Kant - depending on initial claims to necessary truth.