Polemics and the Project for a New Science of Color 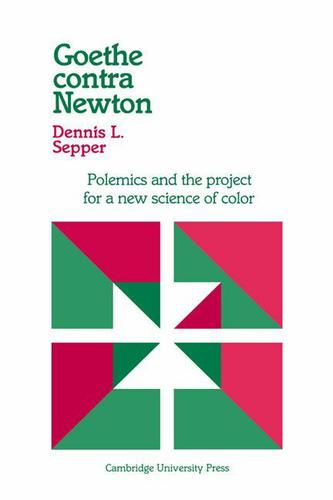 This book explains the background and rationale of the German poet Johann Wolfgang von Goethe's notorious attack on Isaac Newton's classic theory of white light and colors. Though the merits of Goethe's color science, as advanced in his massive Zur Farbenlehre, have often been acknowledged, it has been almost unanimously proclaimed invalid as physics. How could Goethe have been so mistaken? In his book, Dennis Sepper shows that the condemnation of Goethe's attacks on Newton has been based on erroneous assumptions about the history of Newton's theory and the methods and goals of Goethe's color science. By illuminating the historical background and the experimental, methodological, and philosophical aspects of Goethe's work, the author shows that his color theory is in an important sense genuinely physical and that, as simultaneously poet, scientist, historian, and philosopher, Goethe managed to anticipate important twentieth-century research not only in the history and philosophy of science, but even in color science itself.