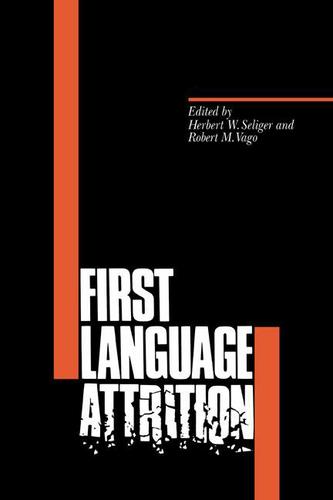 First Language Attrition examines linguistic aspects of the attrition or loss of first language abilities in bilinguals through a collection of studies in various language groups. The phenomena of attrition are examined at both the individual bilingual and societal levels. This volume is divided into three sections: Part I surveys different aspects of existing empirical evidence to arrive at theoretical generalisations about language attrition. Part II comprises group studies examining attrition in societal bilingualism or in groups of bilingual individuals. Part III contains individual case studies of bilingual children and adults. The research reported in this text investigates first language attrition in a variety of linguistic areas such as syntax, morphology, semantics, phonology and lexicon with the following first languages: Spanish, German, Hebrew, Dyirbal, English, Breton, Dutch, Hungarian, Russian, French and Pennsylvania German. Although there is growing interest in bilingualism, this is the first work to examine the effects of the acquisition of a second language on linguistic abilities in the first language.