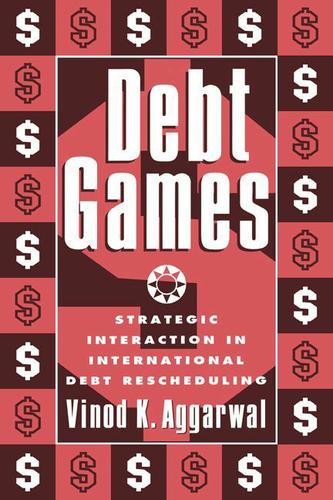 International debt rescheduling, both in earlier epochs and our present one, has been marked by a flurry of bargaining. In this process, significant variation has emerged over time and across cases in the extent to which debtors have undertaken economic adjustment, banks or bondholders have written down debts, and creditor governments and international organizations have intervened in negotiations. Debt Games develops and applies a situational theory of bargaining to analyze the adjustment undertaken by debtors and the concessions provided by lenders in international debt rescheduling. This approach has two components: a focus on each actor's individual situation, defined by its political and economic bargaining resources, and a complementary focus on changes in their position. The model proves successful in accounting for bargaining outcomes in eighty-four percent of the sixty-one cases, which include all instances of Peruvian and Mexican debt rescheduling over the last one hundred and seventy years as well as Argentine and Brazilian rescheduling between 1982 and 1994.