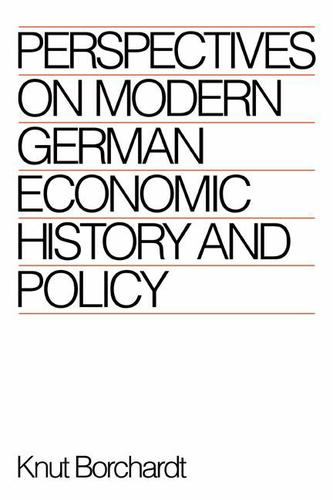 This collection of essays covers themes central to German economic history while considering their interaction with other historical phenomena. Among the essays Borchardt considers Germany's late start as an industrial nation, the West-East developmental gradient, key patterns of long-term economic development, and unusual changes in the phenomena of business cycles. The collection also contains the essays which have become the subject of so-called 'Borchardt controversies', in which hypotheses are presented on the economic causes of the collapse of the parliamentary regime by 1929–30, at the very end of the 'crisis before the crisis'. He also explains why there were no alternatives to the economic policies of the slump, and in particular why there was no 'miracle weapon' against Hitler's seizure of power. These are among the most original and stimulating contributions of recent years to the economic history of modern Germany and will be of interest to anyone who ponders deeply the meaning of history.