The Oriental, the Ancient and the Primitive 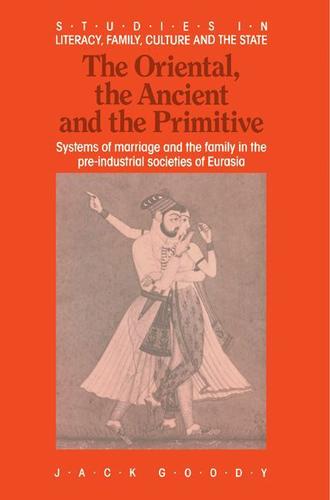 In The Oriental, the Ancient and the Primitive one of the world's most foremost anthropologists looks in depth at kinship practice in Asia, and continues the comparative survey of pre-industrial family formation undertaken in The Development of Family and Marriage in Europe (1983) and elsewhere. Professor Goody's findings cause him to question many traditional assumptions about the 'primitive' east, and he suggests that, in contrast to pre-colonial Africa, kinship practice in Asia has much in common with that prevailing in parts of pre-industrial Europe. Goody examines the transmission of productive and other property in relation both to the prevailing political economy and to family and ideological structures, and then explores the distribution of mechanisms and strategies of management across cultures. He concludes that notions of western 'uniqueness' are often misplaced, and that much previous work on Asian kinship has been unwittingly distorted by the application of concepts and approaches derived from other, inappropriate, social formations, simple or post-industrial.