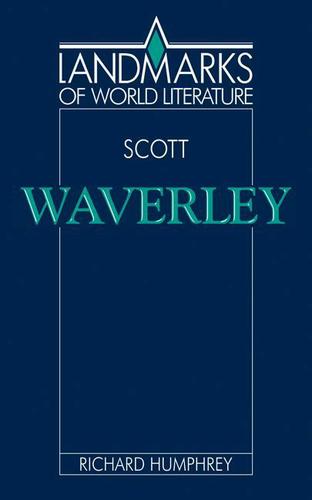 Scott's Waverley (1814), set in and around the Jacobite Rising in the Scotland of 1745–6, was the first historical novel in world literature. Innovative and humane in its plot, rich in social detail, and truly international in popularity, it not only launched a genre, but also became a landmark in literary realism, in historiography and in bookselling. In this study, Richard Humphrey traces and accounts for the text's impact on historical fiction and shows its originality in tackling the manifold issues of rebellion and warfare, separatism and union, prejudice and cultural tolerance. He sets Waverley in its social and literary context, provides detailed analysis of key portions of the text, and offers guidance on further reading.