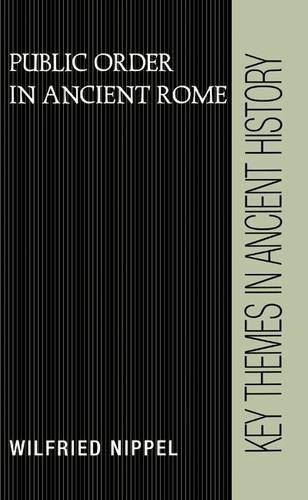 The absence of a professional police force in the city of Rome in classical times is often identified as a major cause of the collapse of the Republic. But this alleged 'structural weakness' was not removed by the Emperor Augustus and his successors, and was in fact shared with other pre-modern states: a specialised police force is a modern invention. In this critical study of the system of law and order in ancient Rome in both Republican and Imperial periods, Wilfried Nippel identifies the mechanisms of self-regulation which operated as a stabilising force within Roman society. This case-study of ancient Rome has a comparative dimension and will interest legal historians of other pre-modern societies as well as ancient historians, anthropologists, sociologists and political scientists.