The World of Bede 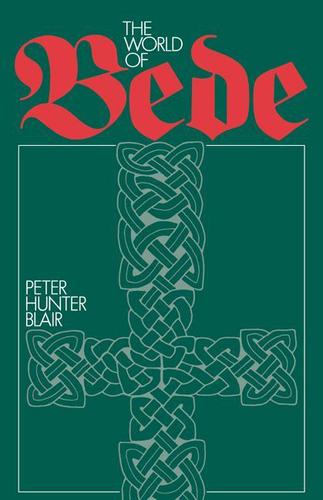 An engaging and accessible introduction to the writings and intellectual development of the Venerable Bede (d.735), this book (originally published in 1970) is available again for the enjoyment of all those interested in the early medieval world. With an updated preface and supplementary bibliography by Michael Lapidge, the book is based almost entirely on primary sources, particularly Bede's own writings. The book surveys the fragmented state of Britain after the Anglo-Saxon conquests, tracing the - sometimes faltering - rebirth of Christianity from the time of St. Augustine through to the glories of the golden age of Northumbria in the eighth century. What was Bede's contribution to the growth of scholarship? Why is his famous Ecclesiastical History of the English Church and People still so highly regarded? How did Bede see his own age? What traditions most influenced him? Peter Hunter Blair answers all these questions, assessing Bede sympatheticaly in all the fields in which he was active, as teacher, orthographer, moral philospher, grammarian, theologian, natural scientist and, above all, as our first modern historian.