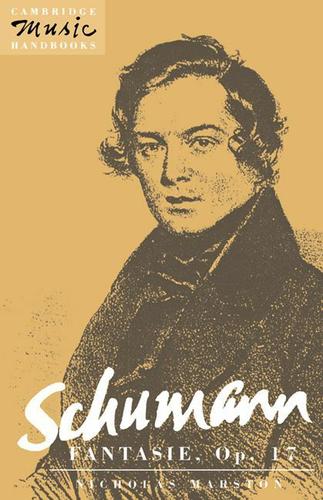 Schumann's Fantasie, Op. 17 is one of the finest examples of Romantic piano music. In a rounded picture of this major keyboard work, Nicholas Marston traces the fascinating history of its composition, drawing on many of Schumann's letters to Clara Wieck and to his publisher. Examining the few surviving sketches: to whom was the work really dedicated? Was the celebrated opening movement perhaps intended as an independent composition? Schumann's own critical writings provide vital insights into his ideas on genre and the relationship between the Fantasie and the many generic and descriptive titles which the composer gave the work before publication. Dr Marston also considers the role of allusion and quotation in the work, preparing the way for an analytical study of each of the movements. The book concludes with an overview of the reception and performance of the Fantasie from 1839 onwards. Every aspect of the work is covered, providing the performer, the listener or the student with an understanding not only of the Fantasie, but of Schumann himself as a composer.