Toward a Social History of the American Civil War 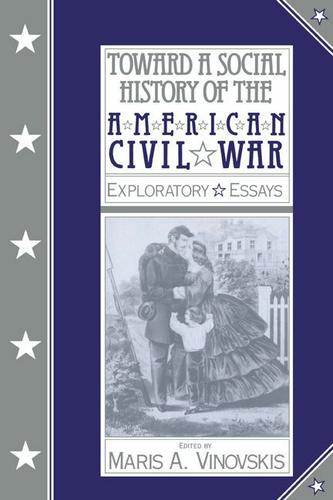 The American Civil War has been the subject of thousands of books and articles, but only a small fraction of this literature examines the impact of the war on society and on the lives of the participants. This volume of essays, which focuses on the North, is intended as an initial reconnaissance by social historians into the study of the Civil War. The first essay, 'Have Social Historians Lost the Civil War?' places the war in the broader context of other American wars by comparing casualty rates. The essay also examines rates of enlistment for the North and the South, and the significance of pensions for Union soldiers and their windows. Subsequent essays look at the support for the war in small towns; the influence of nineteenth-century values and culture on Union soldiers; the nature and role of large-scale relief efforts for soldiers in Philadelphia; and the impact of the war on the politics of Chicago. The final two essays discuss the continuing importance of the war for its survivors: one by looking at those who joined the major national organization of Union veterans; and the other by studying the impact of the Civil War on Union widows in three Northern towns. Taken together, the essays demonstrate the need for historians to rediscover the impact of the Civil War on nineteenth-century society.