A Structuralist Theory of Logic 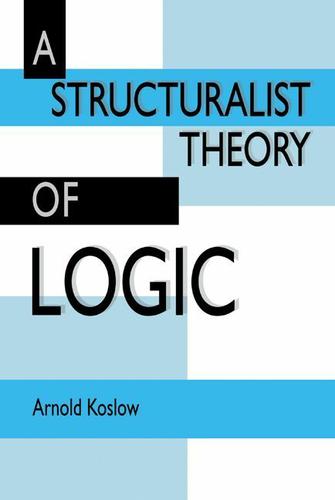 In this 1992 book, Professor Koslow advances an account of the basic concepts of logic. A central feature of the theory is that it does not require the elements of logic to be based on a formal language. Rather, it uses a general notion of implication as a way of organizing the formal results of various systems of logic in a simple, but insightful way. The study has four parts. In the first two parts the various sources of the general concept of an implication structure and its forms are illustrated and explained. Part 3 defines the various logical operations and systematically explores their properties. A generalized account of extensionality and dual implication is given, and the extensionality of each of the operators, as well as the relation of negation and its dual, are given substantial treatment because of the novel results they yield. Part 4 considers modal operators and studies their interaction with logical operators. By obtaining the usual results without the usual assumptions this new approach allows one to give a very simple account of modal logic minus the excess baggage of possible world semantics.