The Politics of Africa's Economic Recovery 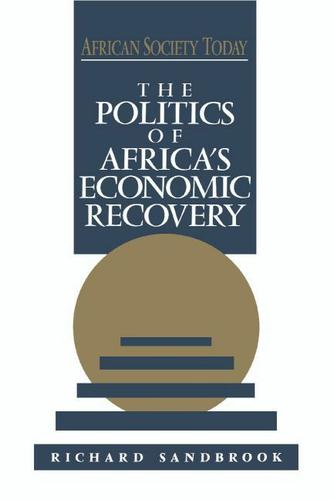 The waning of the Cold War means that major political powers no longer feel compelled to support African authoritarianism. Revised official consensus holds that, in Africa as elsewhere, political reform must accompany economic adjustment. According to this view, African recovery requires a reduction in the size and economic role of monopolistic and inefficient states, and their transformation into accountable liberal democracies. Is this a desirable and practicable political programme? Certainly, all over Africa the number of liberal democracies is growing. But can they survive and are they compatible with renewed economic growth? Richard Sandbrook answers these questions, and assesses the feasibility of the new political programme in reinforcing Africa's economic recovery. He argues that the programme has merit in the short term, but, in the longer term, a more self-reliant, state-directed approach should be adopted to ensure prosperity and durable democracy in the region.