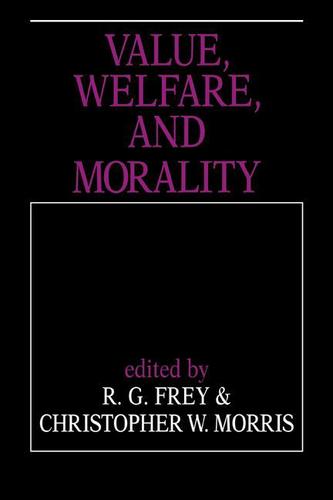 This book addresses critical issues in normative ethical theory. Every such theory must contain not only a theory of motivation but also a theory of value, and the link that is often forged between what is valuable and what would be right is human welfare or well-being. This topic is a subject of considerable controversy in contemporary ethics, not least because of the current reconsideration of utilitarianism. Indeed, there is as much disagreement about the nature of value and its relationship to welfare and morality, as there is about the substantive content of normative ethical theories. The essays in this collection, all written by a distinguished team of moral philosophers, provide an overview, analysis and an attempted resolution of those controversies. They constitute a rigorous account of the relationships among value, welfare and morality.