The Two Gods of Leviathan

Thomas Hobbes on Religion and Politics 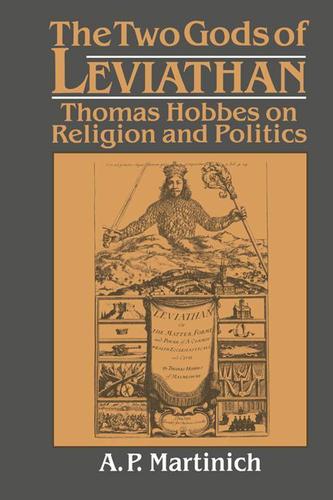 As well as being considered the greatest English political philosopher, Hobbes has traditionally been thought of as a purely secular thinker, highly critical of all religion. In this provocative new study, Professor Martinich argues that conventional wisdom has been misled. In fact, he shows that religious concerns pervade Leviathan and that Hobbes was really intent on providing a rational defense of the Calvinistic Church of England that flourished under the reign of James I. Professor Martinich presents a close reading of Leviathan in which he shows that, for Hobbes, Christian doctrine is not politically destabilizing and is consistent with modern science.