An Approach to Political Philosophy 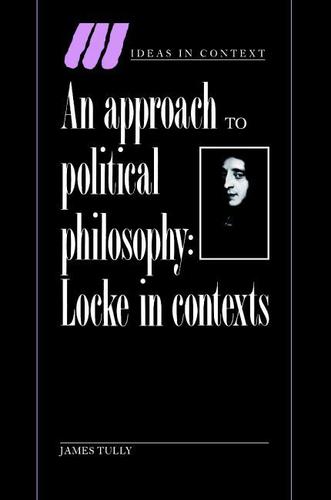 An Approach to Political Philosophy: Locke in Context brings together Professor Tully's most important and innovative statements on Locke in a systematic treatment of the latter's thought that is at once contextual and critical. Each essay has been rewritten and expanded for this volume, and each seeks to understand a theme of Locke's political philosophy by interpreting it in light of the complex contexts of early modern European political thought and practice. These historical studies are then used in a variety of ways to gain critical perspectives on the assumptions underlying current debates in political philosophy and the history of political thought. The themes treated include government, toleration, discipline, property, aboriginal rights, individualism, power, labour, self-ownership, community, progress, liberty, participation, and revolution.