Cabinets and Legislatures in Parliamentary Democracies 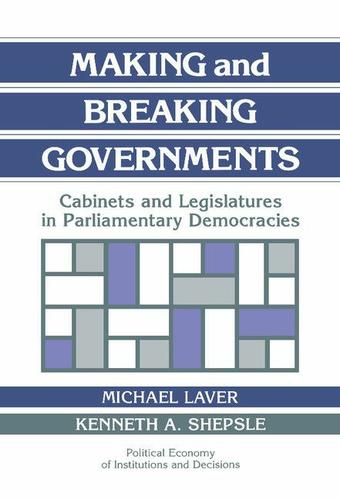 Making and Breaking Governments offers a theoretical argument about how parliamentary parties form governments, deriving from the political and social context of such government formation its generic sequential process. Based on their policy preferences, and their beliefs about what policies will be forthcoming from different conceivable governments, parties behave strategically in the game in which government portfolios are allocated. The authors construct a mathematical model of allocation of ministerial portfolios, formulated as a noncooperative game, and derive equilibria. They also derive a number of empirical hypotheses about outcomes of this game, which they then test with data drawn from most of the postwar European parliamentary democracies. The book concludes with a number of observations about departmentalistic tendencies and centripetal forces in parliamentary regimes.