Grammatical Theory in the United States

From Bloomfield to Chomsky 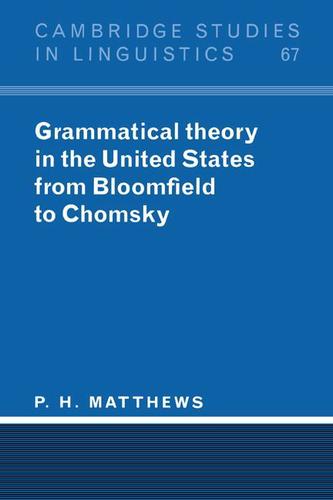 This is a history of modern linguistics which focuses on the spread and dominance of linguistic theory originating in North America. It concentrates on the theories and influence of Bloomfield and Chomsky, and offers systematic coverage of their enormous contributions to grammatical theory over their lifespan. As well as tracing the intellectual histories of these great figures, and of others in the field, Professor Matthews follows the development and continuity of three dominant grammatical ideas in linguistics. First, the idea that the study of formal relations can and should be separated from that of meaning. Second, that sentences are composed of linear configurations of morphemes. Third, that many aspects of grammar are defined generically. His biographical and theoretical survey will be invaluable to all linguists wishing to trace the origins of their discipline.