Religion and the Making of Society 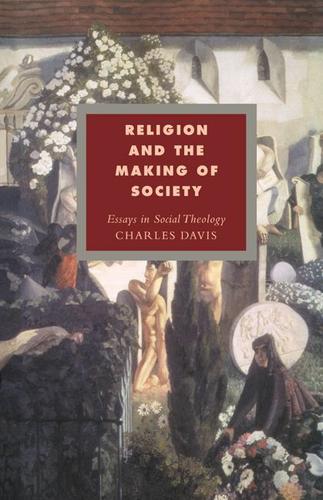 In this book a leading contemporary theologian investigates the relation between religion and society. Professor Davis begins with the thesis that society is a product of human agency; this raises immediately the questions of the meaning of modernity and of the function of religion in that context. The linguistic and pragmatic orientation of modern philosophy and social theory lead to a discussion of religious language and of praxis.Whether modernity is an incomplete project, as Habermas would have it, or a mistaken universalism, as the post-moderns maintain, is debated under the heading of human identity, both individual and collective, and in an examination of the formation of the modern self. The practical relevance of the theoretical analyses comes to the fore in a critique of Michael Novak's attempt to make 'democratic capitalism' an ideal. Professor Davis shows that, paradoxically, the post-modern rejection of secularity can be interpreted as a return from the secular to the supernatural.