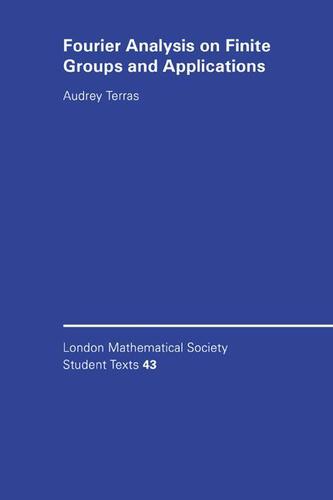 This book gives a friendly introduction to Fourier analysis on finite groups, both commutative and non-commutative. Aimed at students in mathematics, engineering and the physical sciences, it examines the theory of finite groups in a manner that is both accessible to the beginner and suitable for graduate research. With applications in chemistry, error-correcting codes, data analysis, graph theory, number theory and probability, the book presents a concrete approach to abstract group theory through applied examples, pictures and computer experiments. In the first part, the author parallels the development of Fourier analysis on the real line and the circle, and then moves on to analogues of higher dimensional Euclidean space. The second part emphasizes matrix groups such as the Heisenberg group of upper triangular 2x2 matrices. The book concludes with an introduction to zeta functions on finite graphs via the trace formula.