Essence and Entailment in the Organon 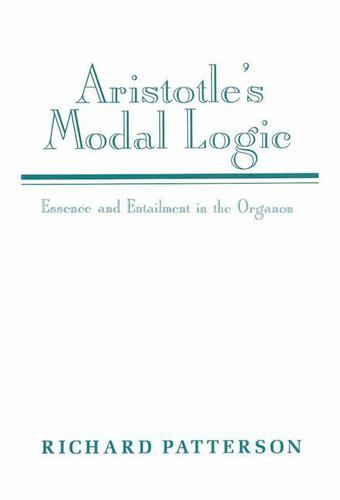 Aristotle's Modal Logic, first published in 1995, presents an interpretation of Aristotle's logic by arguing that a proper understanding of the system depends on an appreciation of its connection to the metaphysics. Richard Patterson develops three striking theses in the book. First, there is a fundamental connection between Aristotle's logic of possibility and necessity, and his metaphysics, and that this connection extends far beyond the widely recognised tie to scientific demonstration and relates to the more basic distinction between the essential and accidental properties of a subject. Second, Aristotle's views on modal logic depend in very significant ways on his metaphysics without entailing any sacrifice in rigour. Third, once one has grasped the nature of the relationship, one can understand better certain genuine difficulties in the system of logic and appreciate its strengths in terms of the purposes for which it was created.