The German Language in a Changing Europe 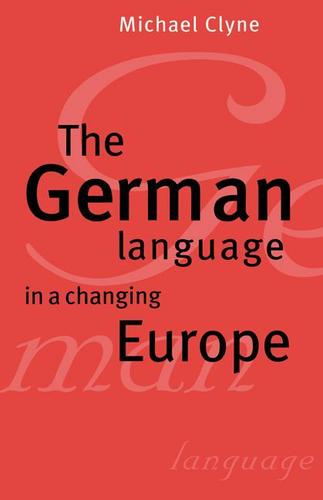 Recent sociopolitical events have profoundly changed the status and functions of German and influenced its usage. In this study (published by Cambridge in 1984) Michael Clyne revises and expands his original analysis of the German language in Language and Society in the German-speaking Countries in the light of such changes as the end of the Cold War, German unification, the redrawing of the map of Europe, increasing European integration, and the changing self-images of Austria, Switzerland and Luxembourg. His discussion includes the differences in the form, function and status of the various national varieties of German; the relation between standard and non-standard varieties; gender, generational and political variation; Anglo-American influence on German; and the convergence of east and west. The result is a wide-ranging exploration of language and society in the German-speaking countries, all of which have problems or dilemmas concerning nationhood or ethnicity which are language-related and/or language-marked.