Mysticism and Kingship in China

The Heart of Chinese Wisdom 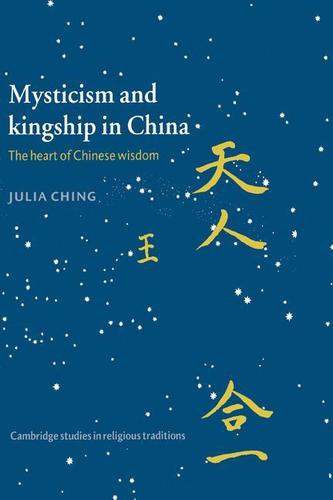 In this book, Julia Ching offers a magisterial survey of over four thousand years of Chinese civilisation through an examination of the relationship between kingship and mysticism. She investigates the sage-king myth and ideal, arguing that institutions of kingship were bound up with cultivation of trance states and communication with spirits. Over time, these associations were retained, though sidelined, as the sage-king myth became a model for the actual ruler, with a messianic appeal for the ruled. As a paradigm, it also became appropriated by private individuals who strove for wisdom without becoming kings. As the Confucian tradition interacted with the Taoist and the Buddhist, the religious character of spiritual and mystical cultivation became more pronounced. But the sage-king idea continued, promoting expectations of benevolent despotism rather than democratisation in Chinese civilisation.