Substance and Separation in Aristotle 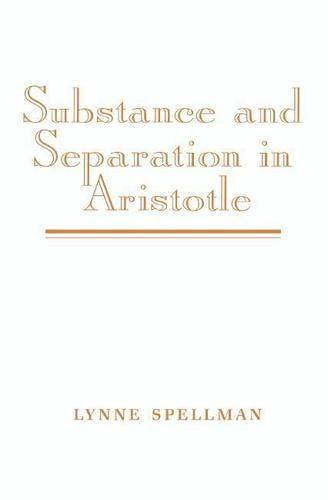 This book is a study of Aristotle's metaphysics in which the central argument is that Aristotle's views on substance are a direct response to Plato's Theory of Forms. The claim is that Aristotle believes that many of Plato's views are tenable once one has rejected Plato's notion of separation. There have been many recent books on Aristotle's theory of substance. This one is distinct from previous books in several ways: firstly, it offers a completely new, coherent interpretation of Aristotle's claim that substances are separate in which substances turn out to be specimens of natural kinds. Secondly, it covers a broad range of issues, including Aristotle's criticism of Plato, his views on numerical sameness and identity, his epistemology and his account of teleology. There is also a discussion of much of the recent literature on Aristotle.