Japan's Yasukuni Shrine: Place of Peace or Place of Conflict?: Regional Politics of History and Memory in East Asia 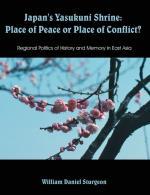 Japanese Prime Minister Junichiro Koizumi has visited the controversial Yasukuni Shrine in Tokyo five times over five years while Prime Minister. As a result, Japan's relations with China and Korea have declined to their worst state since the end of World War Two. However, Prime Minister Koizumi has accused the two of meddling in Japan's internal affairs - he does not see this as an international issue. For China, Korea, and others the fact that the shrine also includes 14 Class A War Criminals makes the Prime Minister's visits to the Shrine, official or not, an issue of international concern. Why is there such a rift not only between Japan and its neighbors but also between the way Koizumi sees his visits and the way in which China, Korea, and other countries perceive these visits? What do the visits mean? This thesis has three arguments. First, this thesis argues that the Yasukuni Shrine is caught in a paradox of its legacy - a religious shrine and a state memorial to the war dead left untouched from before the war, in a country that since the end of World War Two has had a separation of Church and State. Second, this thesis argues that the domestic politics vis-à-vis Yasukuni are defined by this paradox, with an ill-fitting policy of separation of church and state without resolution of the need to recognize the war dead. Third, this thesis argues that by visiting the Shrine, along with various policies of the Government of Japan that have endorsed and supported the shrine since Japan signed the 1951 San Francisco Peace Treaty, Koizumi demonstrates to Japan's neighbors that it is hollowing out Japan's post war reconciliation. While Japan has officially apologized for its actions in World War Two, for Japan's neighbors, visiting the shrine is a visible sign that Japan does not wish to act very sorry.