Across the Spectrum of Women and Crime 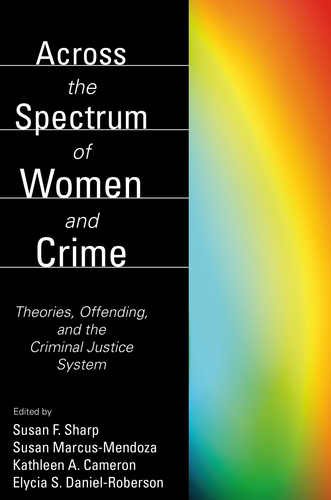 This interdisciplinary volume explores various dimensions of female offending and the underlying gender assumptions inherent in this phenomenon. The readings are original research written for this book, incorporating various methodologies including case studies, in-depth interviews, and analyses of large state and national data sets.

Grounded in feminist theory, the collection is divided into three sections. The first focuses on theoretical perspectives on women and crime from a feminist approach. The importance of investigating the intersection of race, class, gender, ability status, and sexual orientation is addressed in a number of the readings, as well as an examination of the ways society has failed these women. The second section focuses on varieties of female offending. These include an in-depth exploration of women who kill their children, as well as an examination of how women involved in the methamphetamine trade view themselves. Other readings include women who move from legal sex work into prostitution and women who become suicide bombers. The final section of the book is focused on how the system responds to women who offend. Chapters include such intriguing topics as wrongful convictions, how women experience incarceration (including health treatment), second chance grandparenting, and a qualitative study focused on recidivism and reintegration.