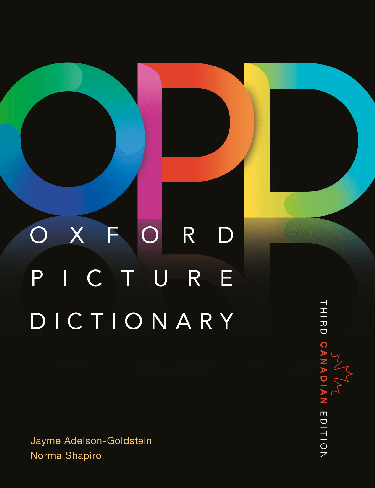 The OPD Third Canadian Edition is an illustrated, theme-based dictionary for second-language learners. This four-colour dictionary defines words through pictures, and presents each new word in context. The OPD, along with its workbooks and many other components, can be used as a reference book
or as text for high school or adult ESL students at the beginner level. For years, the Canadian edition of the OPD has been the industry leader among picture dictionaries. The new edition is a revision which updates and refreshes some existing content, adds new content, and makes some improvements
based on market research and what users like most in the competition.

The OPD is designed for use both in and out of the classroom. Speaking exercises are presented throughout the OPD to allow students to practise new vocabulary in pairs or small groups.