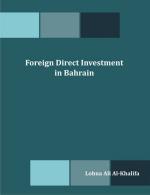 A significant volume of literature has been developed that seeks to provide an explanation for the growth of FDI and its impact on less developed countries. The literature is characterized by diversity and controversy. Based on it, a range of reasons for encouraging investment have been proposed including its favorable effects on employment levels, the balance of payments and balance of trade of the host country and also the potential for acquisition of technology and skills (Cave: 1982 and Dunning: 1993). Equally, the potentially negative effects of growing levels of foreign investment on domestic market structures and national sovereignty have long been the focus of attention (Vernon: 1971 and Jenkins: 1987). More recent studies focused on the positive effect FDI can create through the integration of a host country into the global economy and the system of international division of labor based on fragmentation of production (Gereffi and Korzeniewicz: 1994, and Henderson, Decken, Hess, Coe and Yeung: 2002). Little if any research has examined the impact of FDI on the oil monarchies. Conventional expectations persisted that once they enter the post-oil phase of their histories, it will be difficult for them to uphold their political legitimacy and survive intense domestic and international pressures upon their regimes (Taeker: 1998 and O'Reilly: 1999). It has been argued that oil income enable them to pacify opponents by providing their subjects with jobs that pay well and has had detrimental effect on both economic development and political liberalization. These expectations have tended to be contradicted by actual development. The private sector has become remarkably strong in the oil monarchies and their governments were not highly resistant to change as depicted by the rentier state paradigm (Mahdavy: 1970, and Beblawi: 1987). Taking Bahrain as a case study, this thesis argues that despite its limitations as a small nation and the paucity of its oil reserves, Bahrain punched well above its weight due to its open economy and foreign direct investment. Its domestic economy is well integrated into the global market. It was able to exploit some of the opportunities that were presented by economic globalization when niches were opened or vacated within the networks of global production. It has developed energy-intensive industries (aluminium and petrochemicals) and became the major financial centre of the Middle East. Yet in spite of the government incentives, it still faces some challenges in attracting FDI in downstream activities related to oil and aluminium, which suggests that additional reforms are needed.