The Death Penalty as Torture

From the Dark Ages to Abolition 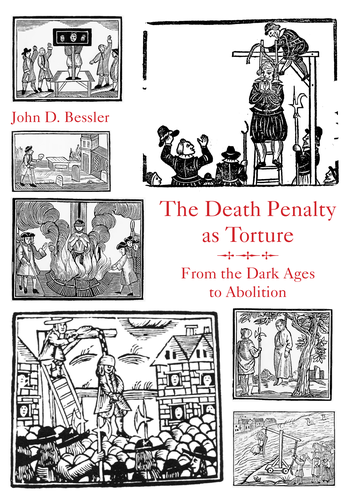 During the Dark Ages and the Renaissance, Europes monarchs often resorted to torture and executions. The pain inflicted by instruments of torturefrom the thumbscrew and the rack to the Inquisitions tools of tormentwas eclipsed only by horrific methods of execution, from breaking on the wheel and crucifixion to drawing and quartering and burning at the stake. The English Bloody Code made more than 200 crimes punishable by death, and judicial tortureexpressly authorized by law and used to extract confessionspermeated continental European legal systems. Judges regularly imposed death sentences and other harsh corporal punishments, from the stocks and the pillory, to branding and ear cropping, to lashes at public whipping posts.

In the Enlightenment, jurists and writers questioned the efficacy of torture and capital punishment. In 1764, the Italian philosopher Cesare Beccariathe father of the worlds antideath penalty movementcondemned both practices. And Montesquieu, like Beccaria and others, concluded that any punishment that goes beyond absolute necessity is tyrannical. Traditionally, torture and executions have been viewed in separate legal silos, with countries renouncing acts of torture while simultaneously using capital punishment. The UN Convention Against Torture strictly prohibits physical or psychological torture; not even war or threat of war can be invoked to justify it. But under the guise of lawful sanctions, some countries continue to carry out executions even though they bear the indicia of torture.

In The Death Penalty as Torture, Prof. John Bessler argues that death sentences and executions are medieval relics. In a world in which mock or simulated executions, as well as a host of other non-lethal acts, are already considered to be torturous, he contends that death sentences and executions should be classified under the rubric of torture. Unlike in the Middle Ages, penitentiariesone of the products of the Enlightenmentnow exist throughout the globe to house violent offenders. With the rise of life without parole sentences, and with more than four of five nations no longer using executions, The Death Penalty as Torture calls for the recognition of a peremptory, international law norm against the death penaltys use.