Pictures in Place: Adolescent Usage of Multimedia Messaging in the Negotiation, Construction and Sharing of Meaning about Local Environments 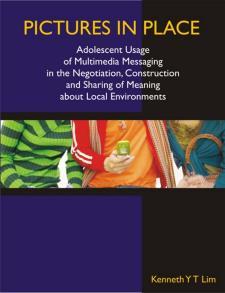 This study describes data that was gathered in 2004 from fieldwork conducted by students from four schools in Singapore, around tasks of wayfinding and debate. The fieldwork tasks were designed specifically to permit participants to exercise their powers of observation, as opposed to more traditional tasks of collection of empirical data. To this end, the study was constructed such that students were given opportunities to collaboratively explore and navigate unfamiliar environments using text- and picture-messaging, as well as to engage in debate, and use multimedia evidence recorded in the field to defend their positions both to peers in the field and in the classroom, regarding various issues of concern to these environments, with specific links being made to their studies in geography. The data was used to shed light on those elements in urban and suburban environments which adolescents in Singapore find geographically meaningful, as well as to determine the extent to which such interventions might augment students' spatial intelligence, with a view to informing a more effective geography education programme in schools. The nature of the collaborative discourse which emerged as participants engaged in the intervention was also investigated, using a proprietary taxonomy of discourse types. This thesis is grounded in neo-Vygotskyian socio-cultural activity theory. Primary findings include the suggestion that key elements in adolescents' local environments used to orientate and to convey spatial information are axial lines and buildings. The data also reveals differences between the genders in their preference for text over pictures in conveying such information. Adolescents who are more successful in participating in and applying spatial discourse also tend to exhibit certain habits of mind, such as perseverance, as well as to scaffold their exchanges more. Finally, the study suggests that certain fieldwork interventions can indeed augment spatial intelligence and mapping skills.