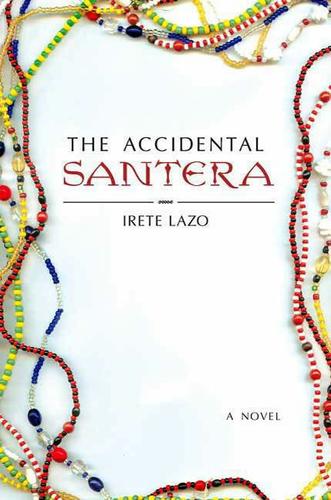 A one-of-a-kind novel that plunges readers into the secrets of Afro-Cuban Santeria—a world of fascinating beauty, pulsating rhythms, and great mystery.

Gabrielle Segovia, Ph.D., is struggling to build a career as a Latina scientist, cope with her third miscarriage, and resuscitate her marriage to fellow biology professor Benito Cruz. Becoming a santera is not in her plans.

But everything changes when her best friend, the feisty Patricia Muñoz, drags her into a French Quarter voodoo shop during a conference in New Orleans. When Gabrielle gets home to the San Francisco Bay Area, the predictions from her on-a-whim reading begin to come true. That's when she learns she hails from a long line of practitioners of Santeria, the religion created when Yoruba slaves combined their ancient rituals with Catholicism.

Out of desperation to become a mother and save both her job and her marriage, Gabrielle turns to Puerto Rican relatives living in Miami she hasn't seen since she was a child. She finds herself warmly embraced by three generations of Segovia santeras and drawn into their world of séances, sacred drums, and ritual animal sacrifice.

Unexpectedly marked for initiation by the gods and goddesses of the Yoruba pantheon, Gabrielle must decide whether she can bring herself to answer the call. And, if she chooses, commit to the seemingly contradictory life of a scientist who is also a santera.

In this powerful debut novel, Irete Lazo captures a vibrant world still unknown to many and relates a journey that is at once funny, heart-wrenching, and, ultimately, triumphant.