Adventures of a Suburban Boy 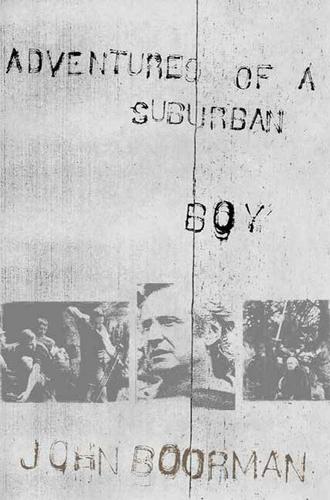 John Boorman came of age as a filmmaker in the 1960s--the golden age of world cinema. Then as now, his celebrated films embrace the spirit of the era: challenging authority, questioning accepted morality, and examining the thin line between civilization and savagery. In Adventures of a Suburban Boy, Boorman delves deeply into these themes, applying his subversive sensibility to his life story as well as to some of the most important political and cultural events of the twentieth century. The result is a heady fusion of personal memoir and cinematic study, as a child of the London Blitz becomes the influential director known for films such as Point Blank, Excalibur, Hope and Glory, Deliverance, and The General--discussing the cultural role of the motion picture and the art of filmmaking along the way.

With a vividly depicted supporting cast that includes Sean Connery, Richard Burton, Burt Reynolds, and Cher, among others, this entertaining and witty tour through the life, times, and works of one of the cinema's great practitioners is not only essential for anyone seeking a fuller understanding of Boorman's incredible body of work, but is also indispensable resource for anyone who is fascinated by film's impact on our lives.