The Affair of the Poisons

Murder, Infanticide, and Satanism at the Court of Louis XIV 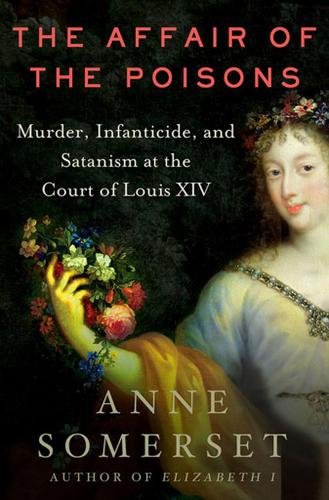 The Affair of the Poisons, as it became known, was an extraordinary episode that took place in France during the reign of Louis XIV. When poisoning and black magic became widespread, arrests followed. Suspects included those among the highest ranks of society. Many were tortured and numerous executions resulted.

The 1676 torture and execution of the Marquise de Brinvilliers marked the start of the scandal which rocked the foundations of French society and sent shock waves through all of Europe. Convicted of conspiring with her adulterous lover to poison her father and brothers in order to secure the family fortune, the marquise was the first member of the noble class to fall.
In the French court of the period, where sexual affairs were numerous, ladies were not shy of seeking help from the murkier elements of the Parisian underworld, and fortune-tellers supplemented their dubious trade by selling poison.

It was not long before the authorities were led to believe that Louis XIV himself was at risk. With the police chief of Paris police alerted, every hint of danger was investigated. Rumors abounded and it was not long before the King ordered the setting up of a special commission to investigate the poisonings and bring offenders to justice. No one, the King decreed, no matter how grand, would be spared having to account for their conduct.

The royal court was soon thrown into disarray. The Mistress of the Robes and a distinguished general were among the early suspects. But they paled into insignificance when the King's mistress was incriminated. If, as was said, she had engaged in vile Satanic rituals and had sought to poison a rival for the King's affections, what was Louis XIV to do?

Anne Somerset has gone back to original sources, letters and earlier accounts of the affair. By the end of her account, she reaches firm conclusions on various crucial matters. The Affair of the Poisons is an enthralling account of a sometimes bizarre period in French history.