America and the Struggle for Islamic Democracy 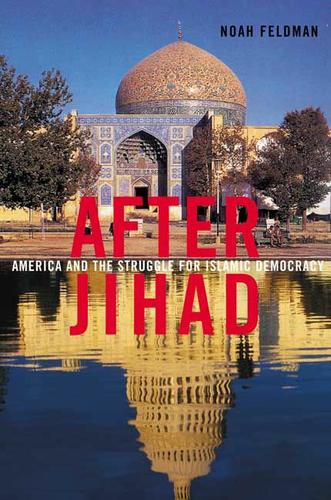 A lucid and compelling case for a new American stance toward the Islamic world.

What comes after jihad? Outside the headlines, believing Muslims are increasingly calling for democratic politics in their undemocratic countries. But can Islam and democracy successfully be combined? Surveying the intellectual and geopolitical terrain of the contemporary Muslim world, Noah Feldman proposes that Islamic democracy is indeed viable and desirable, and that the West, particularly the United States, should work to bring it about, not suppress it.

Encouraging democracy among Muslims threatens America's autocratic Muslim allies, and raises the specter of a new security threat to the West if fundamentalists are elected. But in the long term, the greater threat lies in continuing to support repressive regimes that have lost the confidence of their citizens. By siding with Islamic democrats rather than the regimes that repress them, the United States can bind them to the democratic principles they say they support, reducing anti-Americanism and promoting a durable peace in the Middle East.

After Jihad gives the context for understanding how the many Muslims who reject religious violence see the world after the globalization of democracy. It is also an argument about how American self-interest can be understood to include a foreign policy consistent with the deeply held democratic values that make America what it is. At a time when the encounter with Islam has become the dominant issue of U.S. foreign policy, After Jihad provides a road map for making democracy work in a region where the need for it is especially urgent.